Beyond outdoor dining: Here’s what some real estate experts say will be the future of restaurants 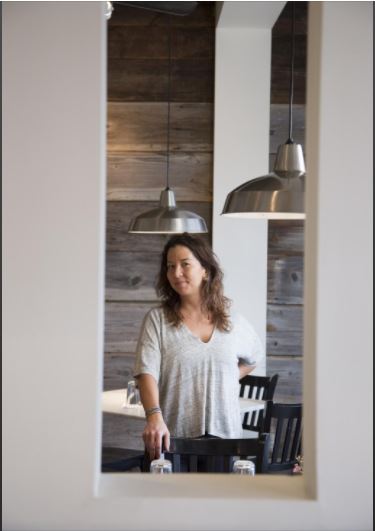 It could all be much worse for Natasha Kwan, owner of Frida’s in University City.

Sales are down, some of her staff didn’t return to work when she received a Paycheck Protection Program loan and she’s opening a new restaurant called Diego’s that won’t qualify for any Covid-19 assistance. Owning one restaurant is a risk in itself, but operating two eateries in a pandemic could be catastrophic.

“There have definitely been tears at night, of not being sure we’re going to make it,” Kwan said. “Personally, I can’t fail. I can’t let my restaurants fail. I have to do whatever it takes.”

That’s meant strategizing how the look and layout of Diego’s will change after furniture and decor delays and St. Louis County’s restrictions on seating capacity. So far, patio seating and to-go orders are poised to become major players, just as they have with Frida’s.

And Kwan isn’t the only restaurant owner banking on outdoor dining and to-go orders for survival. Real estate experts say the Covid-19 pandemic is prompting restaurant owners to rethink the traditional dining model as sales have dropped. Nationally, the industry lost an estimated $120 billion in sales, about half of what it normally books during a three-month span in the second quarter of 2020. And for the restaurants that have managed to stay open, three in four say they won’t be profitable for at least the next six months, according to a National Restaurant Association survey.

“You’re now almost required to have a strong to-go business” to survive, said Rick Spector, vice president of retail brokerage firm L3 Corp. “I think it could be here to stay, and the floorplate of a restaurant will evolve to accommodate that.”

Hamilton Hospitality owner Paul Hamilton saw to-go orders gaining popularity at several of his restaurants before the pandemic including, to his surprise, Hamilton’s Urban Steakhouse & Bourbon Bar, due to third-party delivery services like GrubHub and Door Dash. That service will stay even after the pandemic ends, he said, but he’s been more surprised by the uptick in outdoor dining.

“We’re seeing substantially more business outdoors. Vin de Set and 21 Street Brewers Bar are up in sales despite the rain or the heat,” he said.

Hamilton is considering adding barriers to make the indoor space more private and intimate to attract diners, but he’s also making plans to purchase additional outdoor heaters for the cooler months ahead if guests still have an appetite for patio seating.

That’s where Spector sees potential for the future of restaurant real estate. Restaurant owners can provide a nicer experience with outdoor space, which typically has always been a “throw-in” from landlords. The question isn’t so much if restaurateurs will need space but how much space.

Peder Hulse, principal of Hulse Commercial Real Estate, has seen that firsthand with several of his tenants such as 2nd Shift Brewing and Beast Butcher & Block, the latter of which launched a new chicken wing concept called Wing Runner that will focus primarily on delivery and to-go orders. Wing Runner will comprise some of Beast’s existing space in The Grove.

“With those two tenants, I’ve been fortunate that both of them are pretty aggressive in how they don’t sit on their hands. They’re constantly moving and reinventing … It’s exciting to see that ambition,” Hulse said.

Hulse hasn’t added pandemic language to leases but instead has worked with lenders to change to interest-only loans, Hulse said. And the pandemic hasn’t slowed his ambition either. He’s looking for his next real estate deal, which he expects will likely happen in 2021.

“I have to have people like 2nd Shift and Beast … that (drive) will be more critical in the future,” Hulse said.

For Kwan and her University City restaurant, to-go orders at Frida’s haven’t made up the sales she’s lost. But she’s relying on her entrepreneurial spirit to keep going.

“Chefs and restaurant owners have been putting out fires and dodging bullets since we entered the industry. We’re able to bend,” Kwan said. “I’m hoping to be able to come out winning.”